Bill and Naomi Kirk Park in Māngere Bridge Village is named after two long term residents who made a huge contribution to this community.

Naomi helped establish the Village’s Playcentre and with Bill was one of the suburbs first “graffiti busters”. They were often seen wearing spattered overalls and driving a ute loaded with paint. Bill served on the Manukau City Council and had a keen interest in water quality and the environment.

Both Bill and Naomi served on the Māngere Community Board and were founding members of the Māngere Bridge Community Patrol, the Keep Māngere Bridge Beautiful Committee and many other local organisations. Both were recognised for their long community service with Queens Service Medals in 2009.

Great for those working around to seat and eat your lunch or breakfast on working days.

This well maintained park has good seating and rubbish bins. It is also close to the many and diverse eating/shopping options the Village provides.

It is also next the Village bus stop heading north. 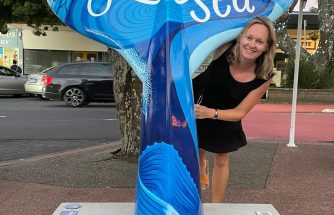 New park benches, a permanently installed ‘Whale Tail’ sculpture, and a CCTV upgrade are three of the latest projects completed in the Māngere Bridge Village 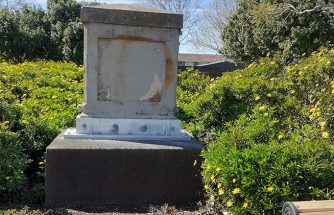 Naomi & Bill Kirk Park now has a new artwork – a piece of the old Māngere Bridge.