Birds of Māngere Bridge – the Dotterel 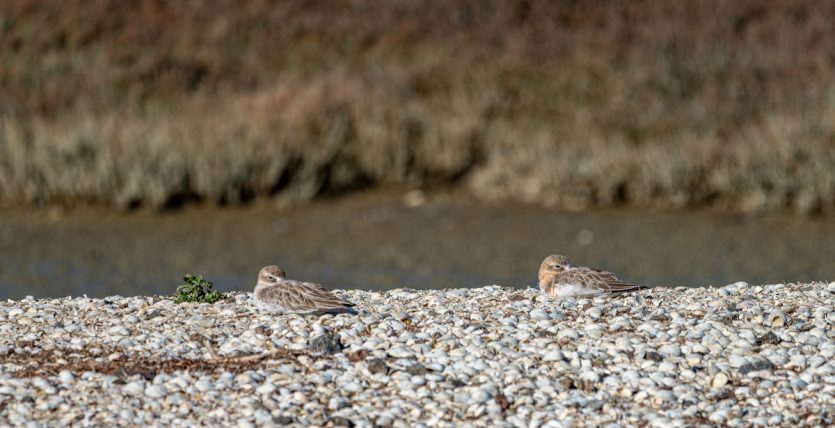 The endangered New Zealand dotterel was once widespread and common. Now there are only about 2500 birds left, making dotterels more at risk than some species of kiwi.

The impacts of coastal development on habitat, introduced predators and disturbance during breeding seasons are all factors in the drop in numbers.

The birds often nest close to residential or developed areas. Their breeding habitats are at risk to development and subsequent erosion.

On the beach, nests are easily destroyed by careless feet, dogs and off-road vehicles. When adults are disturbed while incubating and leave the nest, the eggs are at risk of overheating. When young chicks are disturbed, they can die from exhaustion as they cannot eat in time, or get to their feeding grounds at the water’s edge.

Uncontrolled dogs running through nesting areas can crush eggs, disturb nesting adults, and kill chicks. Many beaches have dog restrictions and owners should be aware of these – respect and obey them.

Hedgehogs, stoats, cats and rats are the most common predators of eggs and chicks.

Hedgehogs are a major predator as they can move up to 2 kilometres in one night, eating eggs from nests along the way. Hedgehogs and stoats are controlled by trapping.

Cats and stoats also kill some adult birds, especially during the breeding season. Unfledged chicks are easy prey for cats. In some areas, live cat traps are used in the area surrounding prime breeding sites. These traps are checked regularly.

In some areas, other birds are threats. Black-backed gulls and harrier hawks are two common predators. An effective form of protection from birds of prey, is logs, using open-ended palm fronds to create an escape route for chicks.

The NZ dotterel is now confined to two areas, and there are two sub-species.

A population of about 127 birds survives on Stewart Island and nests on mountain tops.

Found in suitable habitat from Taranaki northwards on the west coast, and from North Cape southwards along the east coast of Northland, Auckland, the Coromandel Peninsula and Bay of Plenty, and as far south as Mahia Peninsula.

Within the Auckland and Northland regions, they nest on beaches including:

On the Coromandel peninsula their major breeding sites are Opoutere Beach, Matarangi and Pauanui. They also nest on the waste rock embankment at Newmont Waihi Gold’s Martha Mine in Waihi and the Lakes Resort Golf Course near Pauanui.

They can also be found at Onemana, Whangamata, Whiritoa, as well as rocky beaches on the Thames Coast.

In late summer, the birds leave their breeding sites and congregate in post-breeding flocks at favoured estuaries. These flocks are socially important; birds which have lost partners during the breeding season can find new ones, and young birds pair for the first time.