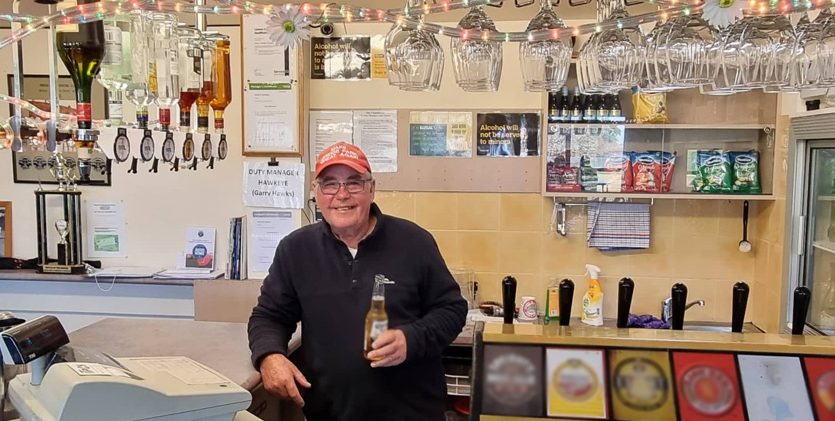 If you have enjoyed Māngere Bridge’s Bridge Park Bowling Club in the past 8 years, chances are you have encountered one of the fine characters of this great community focal point – Garry “Hawkeye” Hawks.

As Club Secretary, Bar Manager, Functions Manager and casual Green Superintendent, Hawkeye has been a one-man walking and talking committee at times. In addition to these and numerous other tasks, Hawkeye found time to completely redraft the Club’s Constitution in 2017 to bring it out of the 18th century. He was also the driving force behind the successful replacement of “A” green in 2019, liaising with Council, sourcing quotes, raising grants from funding agencies and project managing the contract.

And after only 8 short years, Hawkeye has already been awarded life membership of Bridge Park. At the 2022 AGM President Teora Turua nominated Hawk from the floor for his efforts and achievements. The motion was carried more by raucous cheers and chants of “Hawky, Hawky…” rather than the usual show of hands.

Hawkeye is a keen listener who adopts a consultative approach to decision-making. He considers all opinions and is not afraid to change his own if there is a better way to do something. ​

Our People – About Māngere Bridge

Colin I'm Colin the horse. I live with my pal Conner at Ambury Farm Park. We have a great time with all the folks that visit the park along with our best friend Ranger Janine who makes sure we are both healthy and happy. Come say hello some time. I bet you didn't know horses could write web articles!!
View Calendar